The follow-up story.
(see also Out and About part 2)

You might remember: Fu Kyo the Cat stopped in Amami Ohshima, on it's way Down South (may 2012) and that we had to sit out some nasty weather in the Port of Daikuma (not a bad place to do so).

And you do know that my favorite food comes from the sea... But I see it as "a duty" to join Mr. Mitsuda by times for a meal at a "yaki niku" restaurant (meat).
Of course we had no idea where to find a good yaki niku place, so we asked the local fish-tackle shop owner for advice...
and he hooked us up wit his friend the Taxi Driver...
who took us... 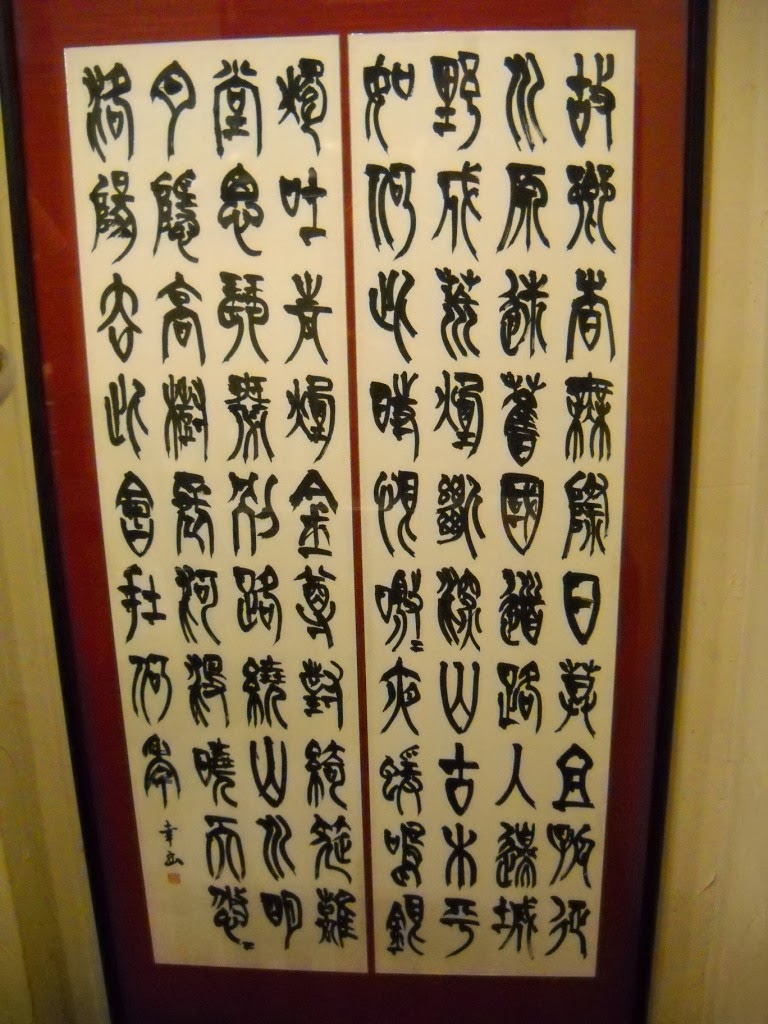 ...to a restaurant in Naze.....with this Amazing Work of Art on the wall.
After all these years in Japan, i still can't read Kanji but i knew this was something different.
At one stage i asked around WHAT the content was of this writing.
And that started the whole story!
It was produced by the daughter of the restaurant owner.
Now, the company Fu Kyo belongs to, is also involved with
promoting artists...So, phone numbers were exchanged.
Long story short:
Miyuki chan (maker of the art) met up with Kazuya san
(eldest son of Mr Mitsuda) a few days later in Tokyo and...
"Love was in the Air!" 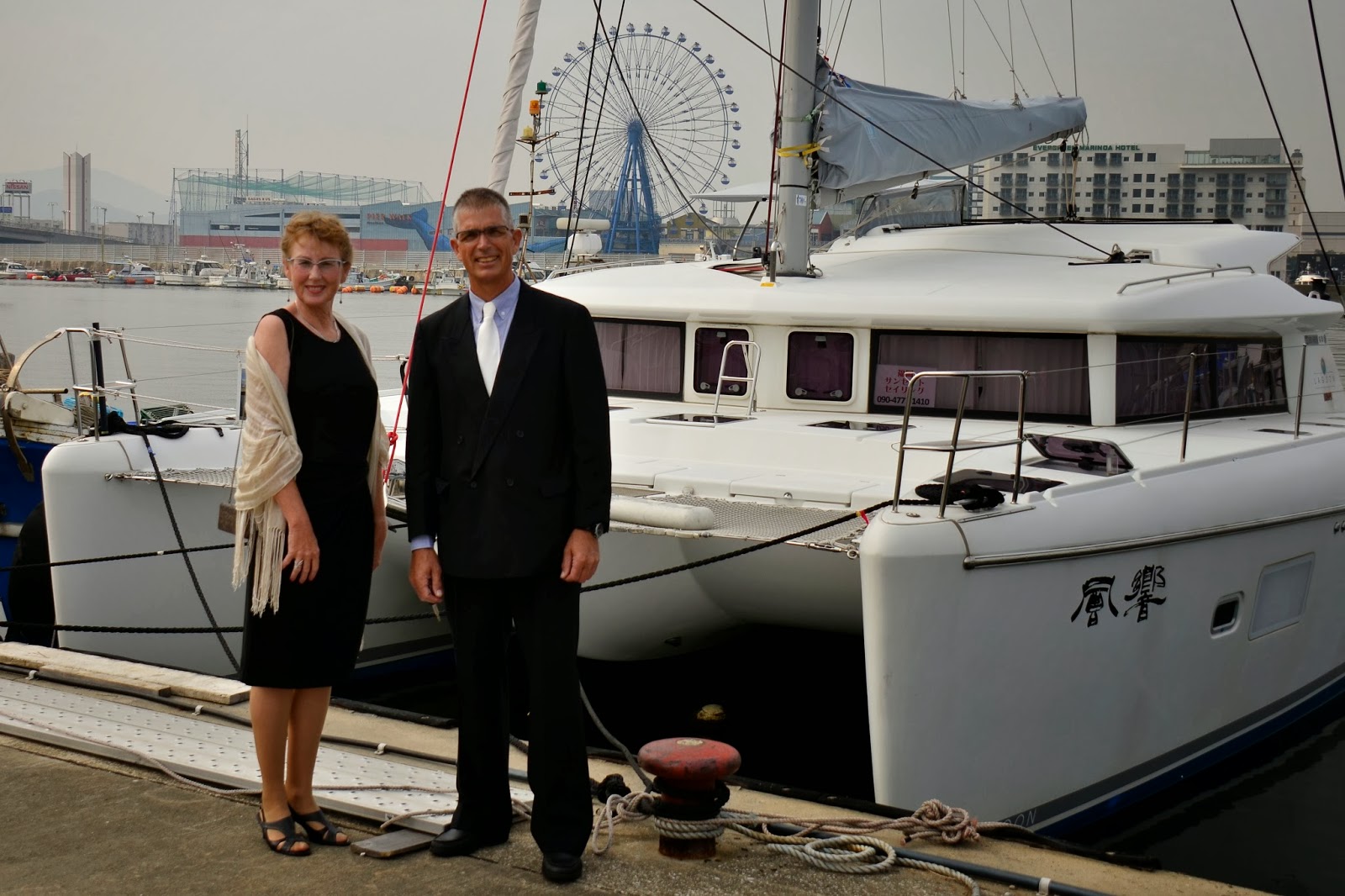 ...resulting in us having to Dress up in our Best!
(one year later). 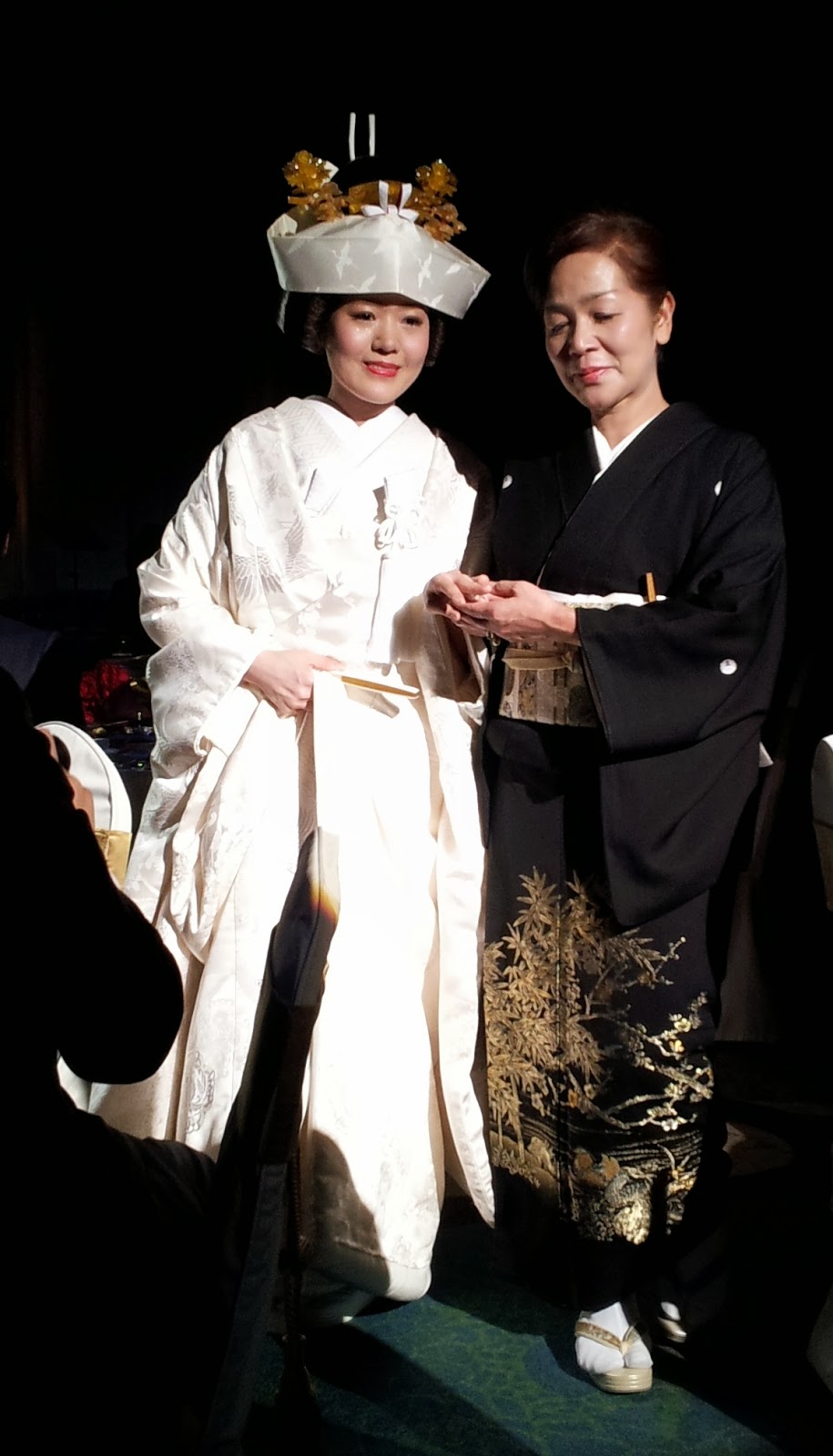 The first wedding party was held in Fukuoka.
Miyuki chan with her mother. 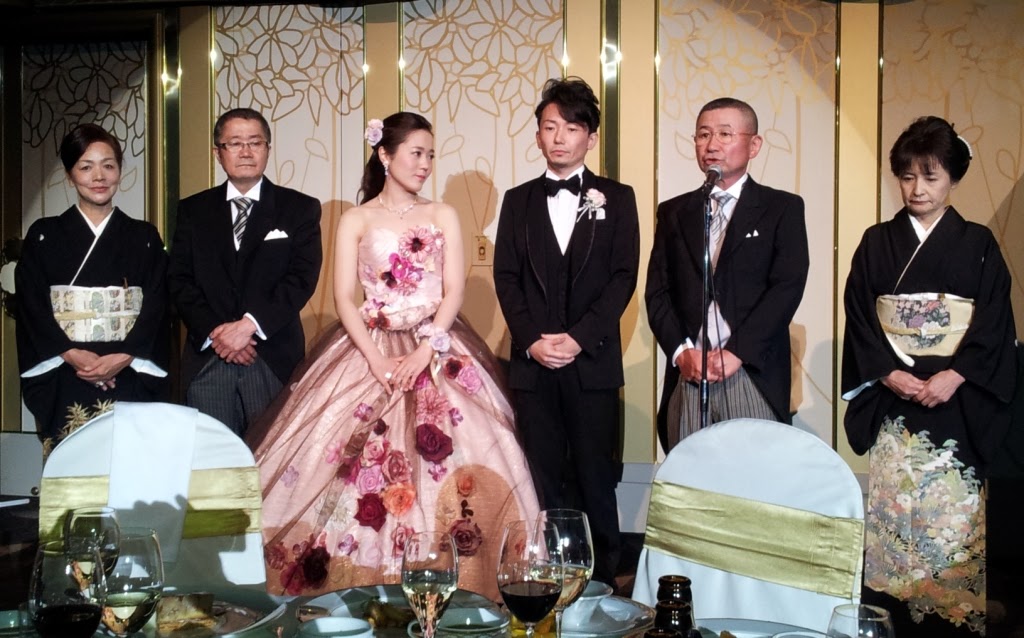 It was a serious wedding, as you can see. 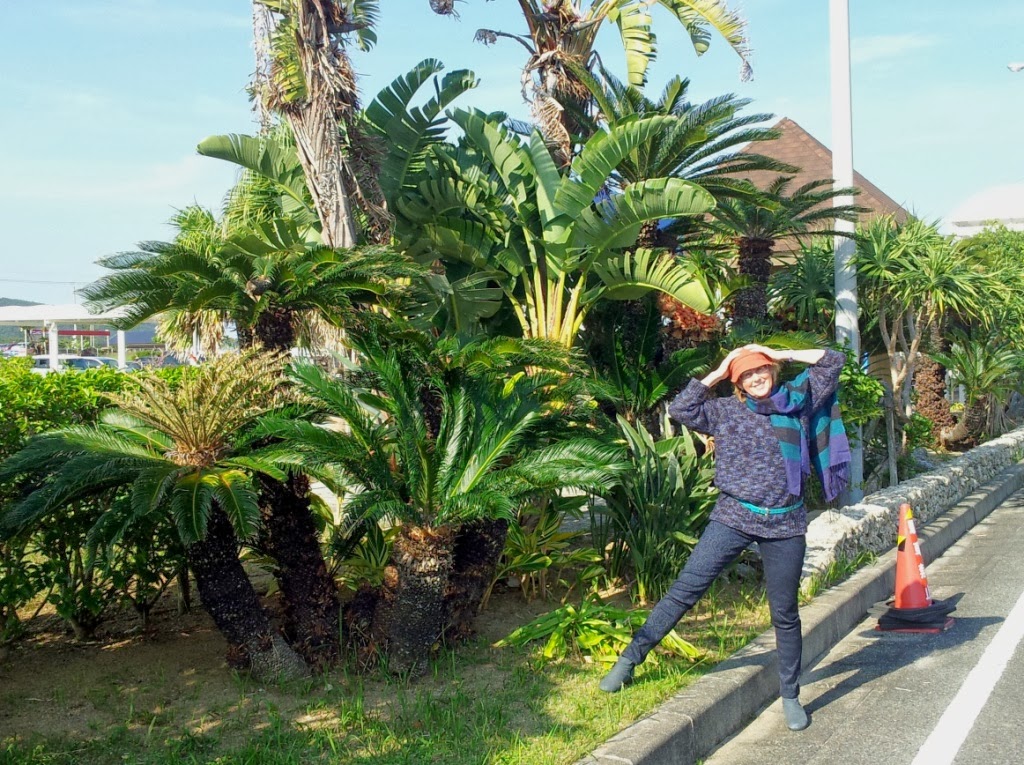 A few weeks later we flew to Amami Ohshima,
for the Second Wedding. 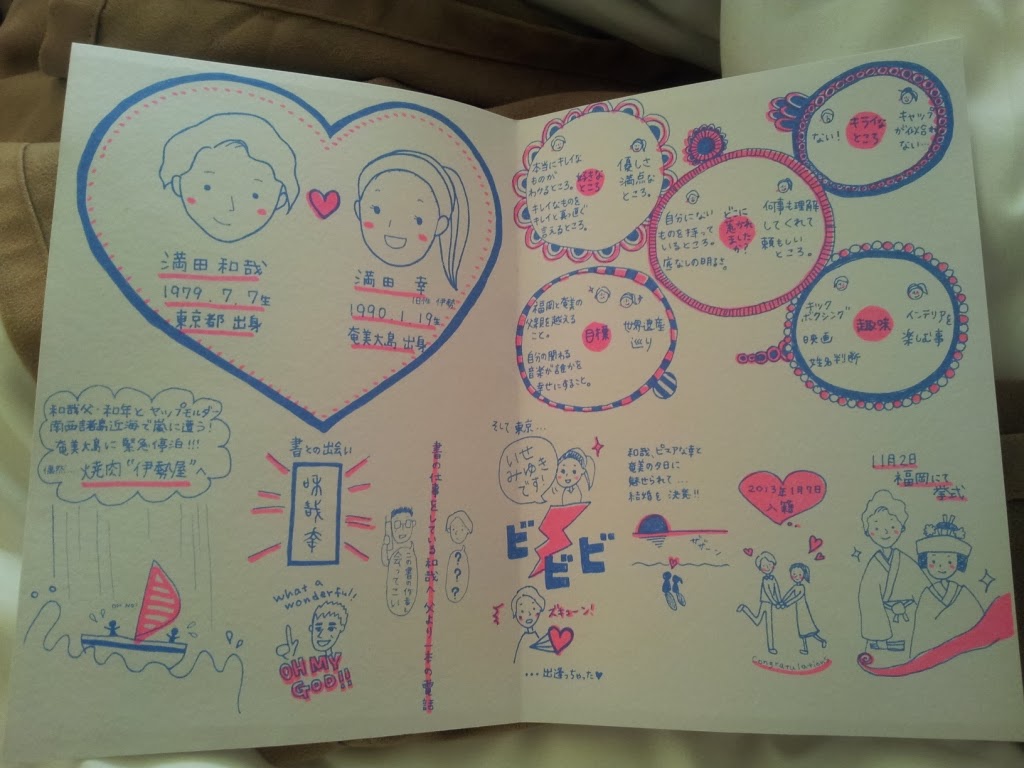 This story-board tells it all. 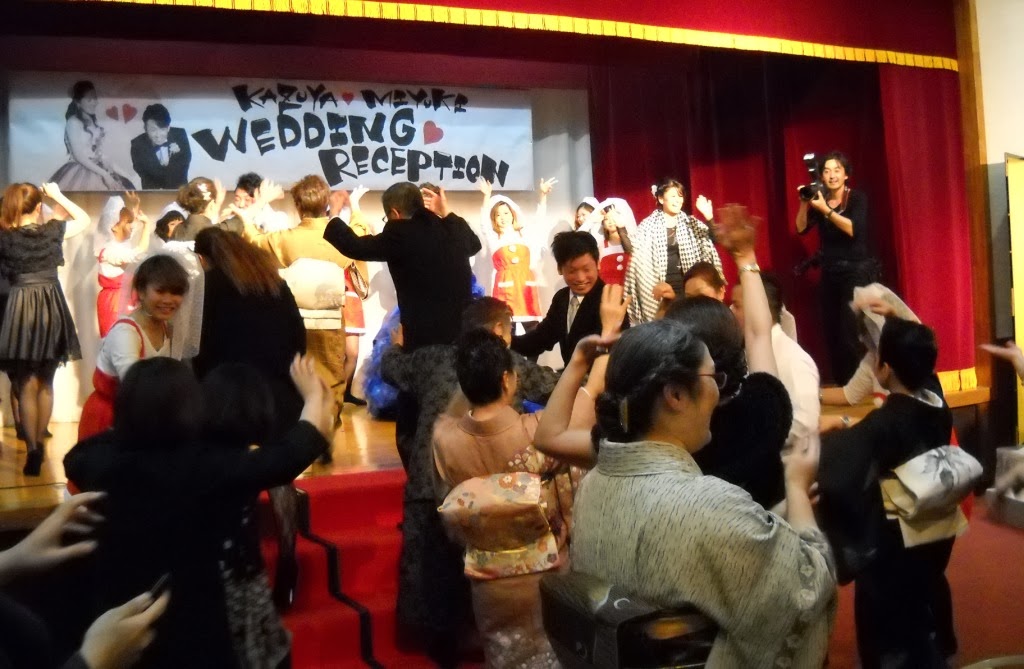 An Island Style Wedding...
Yes, lots of noise and heaps of action indeed. 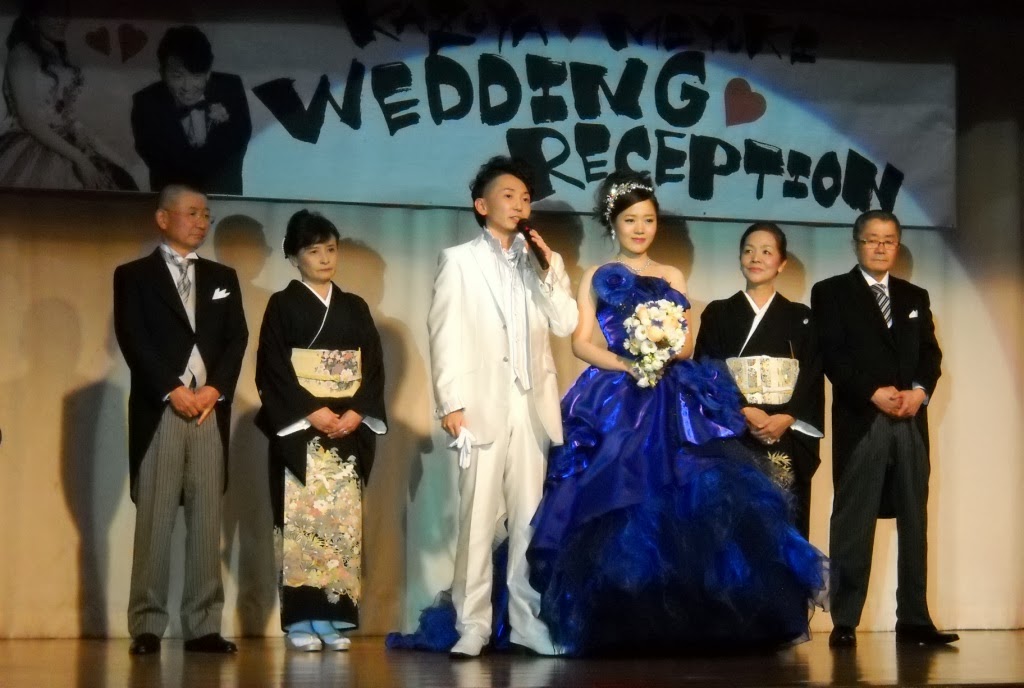 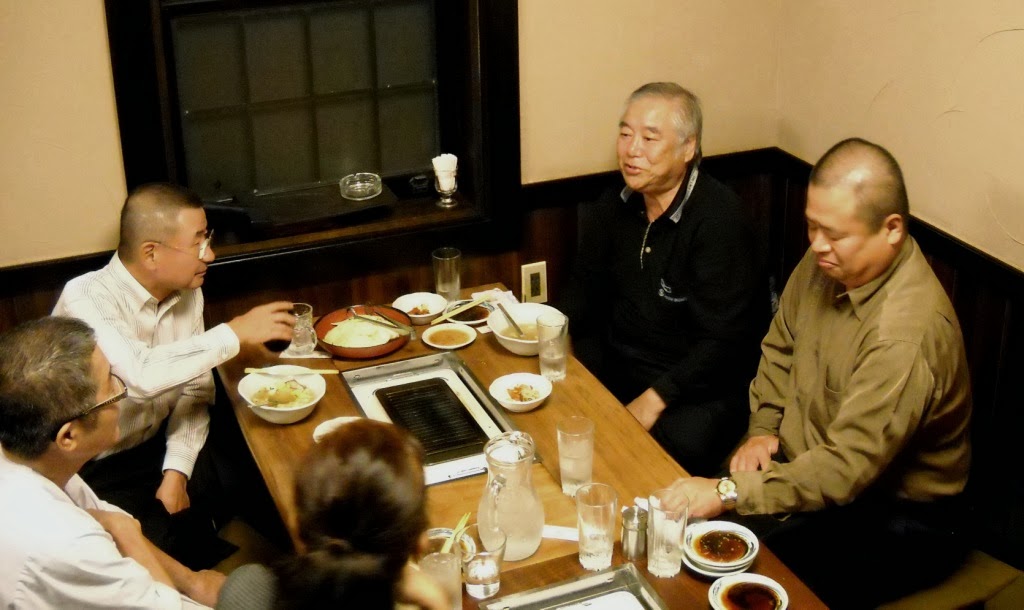 My Partners in this story, from R to L:
The fish-tackle shop Owner, the Taxi Driver, Mr. Mitsuda and Yaki Niku Master. 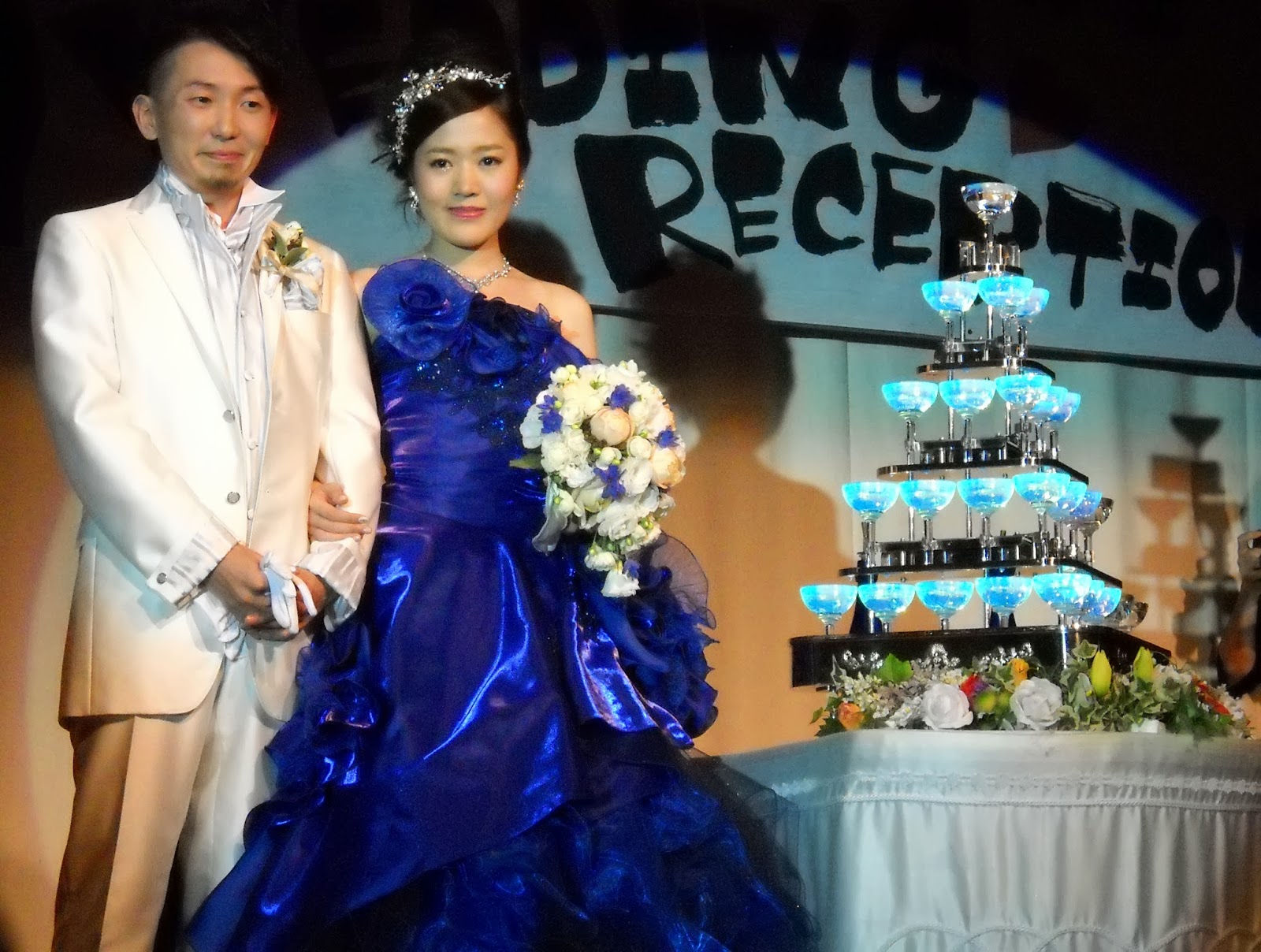 Dear Kazuya and Miyuki.
Lots of happiness for the future!

from the crew of Alishan.