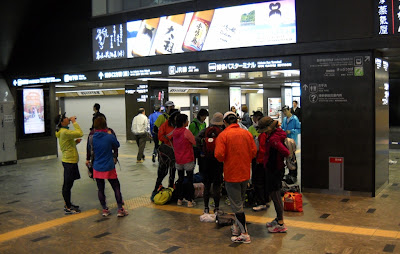 Hakata Station.
Normal people are rushing home,
but a bunch if runners are getting ready to
Hit the Road to Hita! 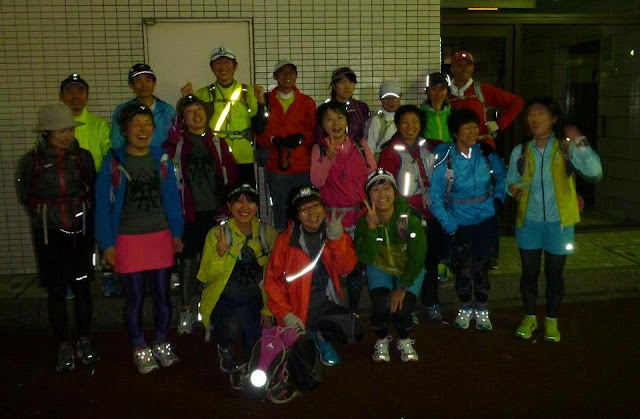 It's 0030, we're all smiles and ready to go.
Ready for what?
Well for me "that what" was still something crazy to do:
Run 60 odd Ks to Hita.
But for most of the members it would be piece of cake as they all are into Ultra Marathons.
And this run was just a warming up for near future 150Ks and even 250Ks events. 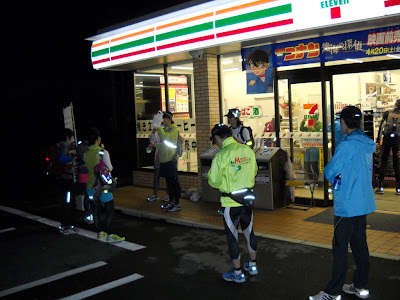 Of course the first few hours...
were Done in the Dark.
So handy and conveny are the Conveny Stores
For toilet, juice or snacks...
and to share a few jokes.
As you can imagine, it was not a fast moving bunch of runners... 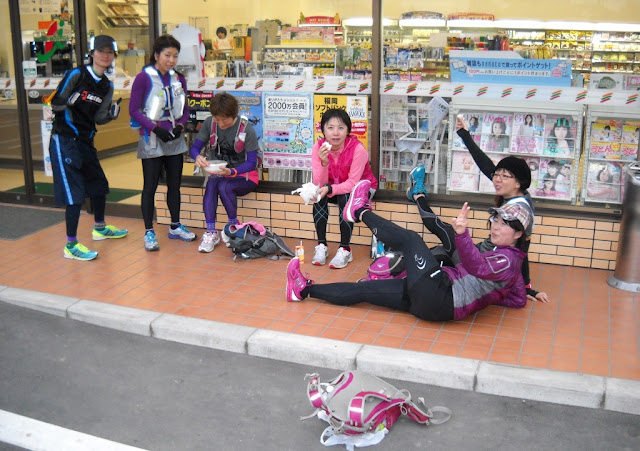 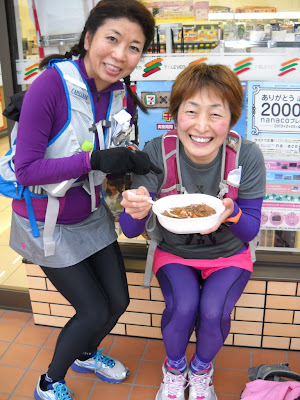 After a stop for a quick breakfast at one of the many CSs  or Family Restaurants, daylight joined us and
it was time to enjoy the scenery. 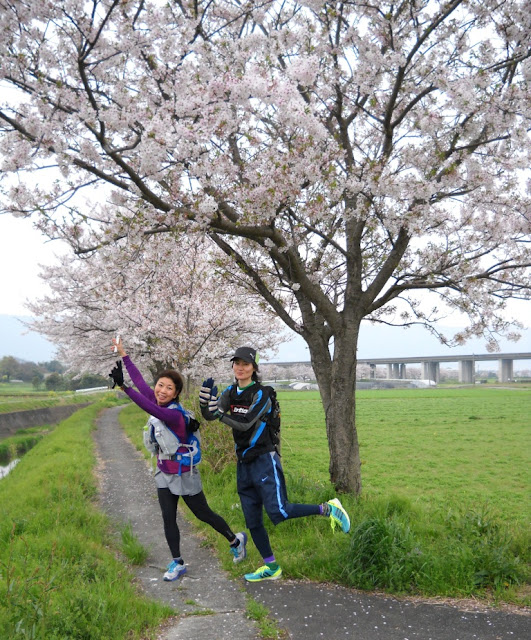 Cherry Blossom Dance under the trees...
With ballerinas Noriko and Honda san. 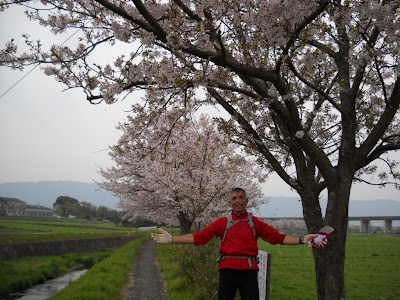 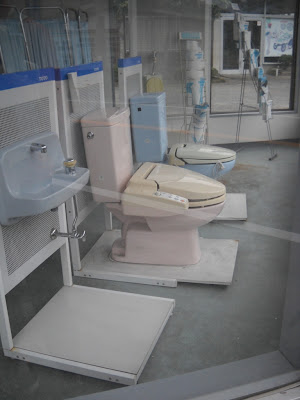 Seen at a store window along the way...
Pink for her and Blue for him on display. 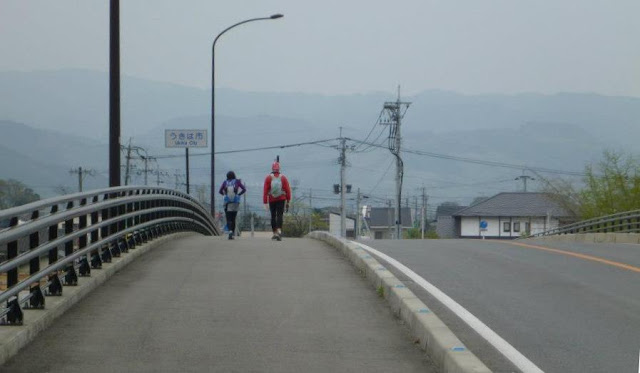 By times the Going was Good, even as the road to go was still a long one.
Super was: Early Sunday mornings...there is hardly any traffic on these roads 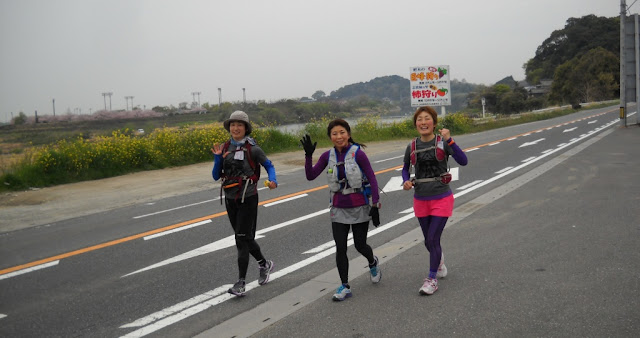 3 Sisters,
In training for a total of 640 Ks, to be run at the Hagi Ultra Marathon, to be held in early May.
Go Go Go! 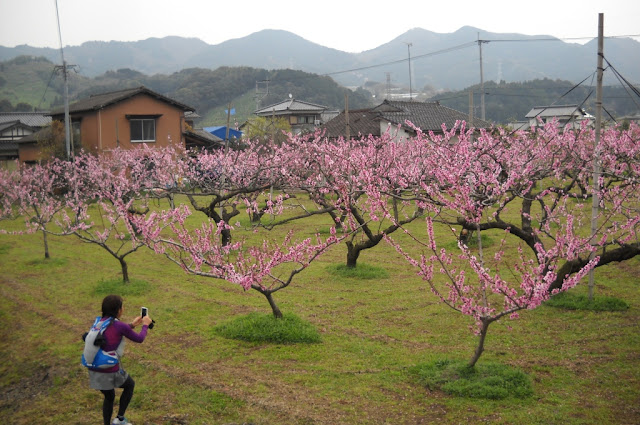 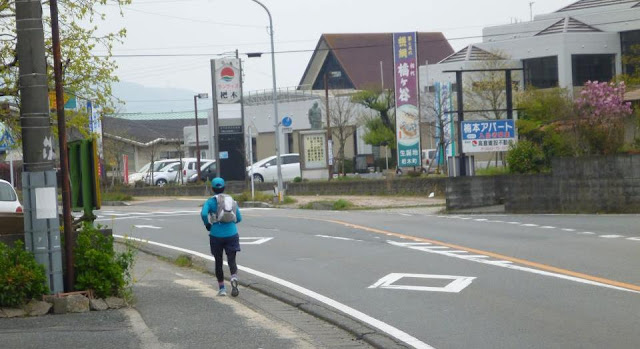 Here is Yumi san going strong.
(i stole this picture from her FB). 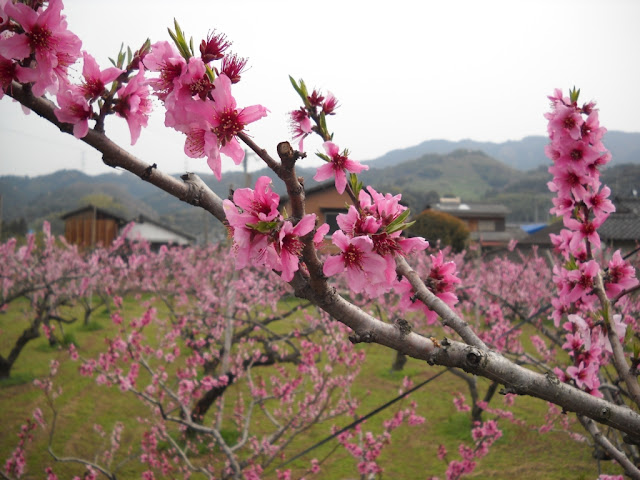 Yes, we could smell Peach. 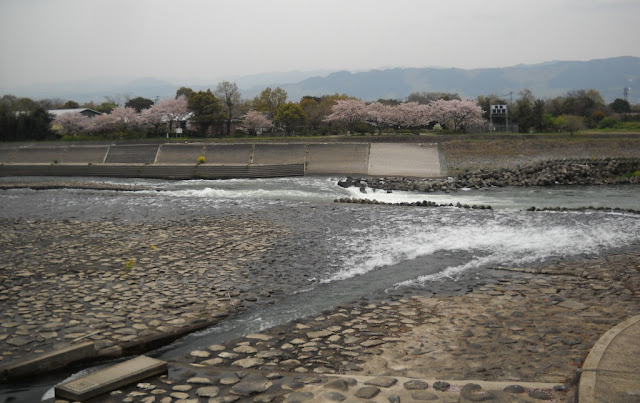 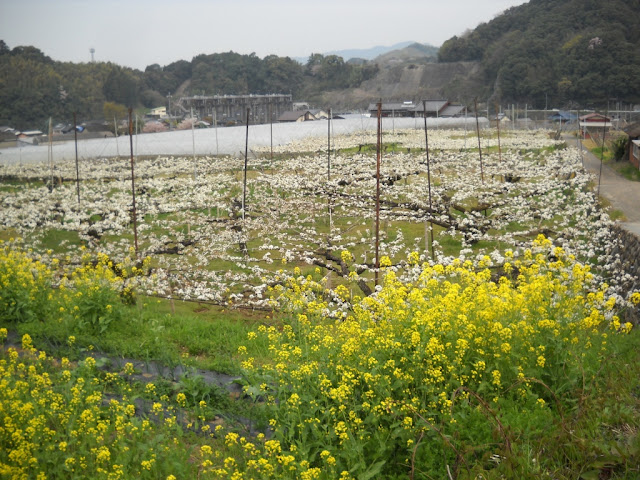 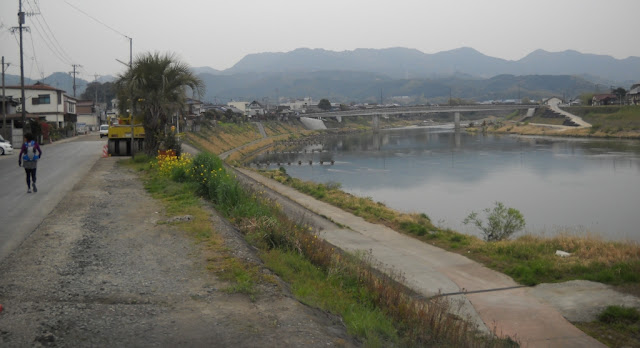 Nope, the end is still not to be seen...
It lies somewhere past those hills in the distance... 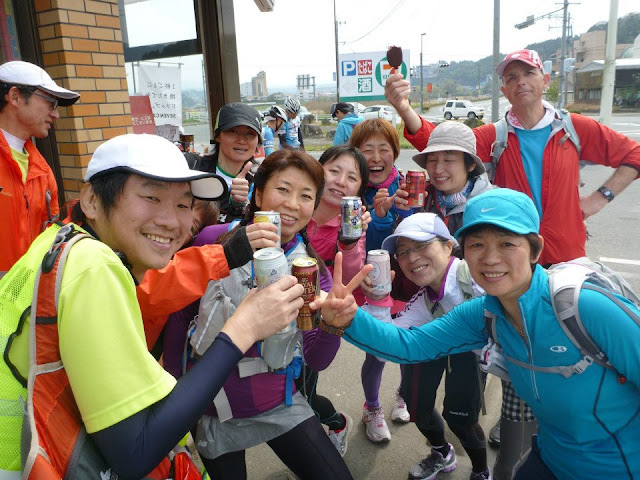 And then suddenly, the last CS is there!
With loads of cool beer and ice cream. 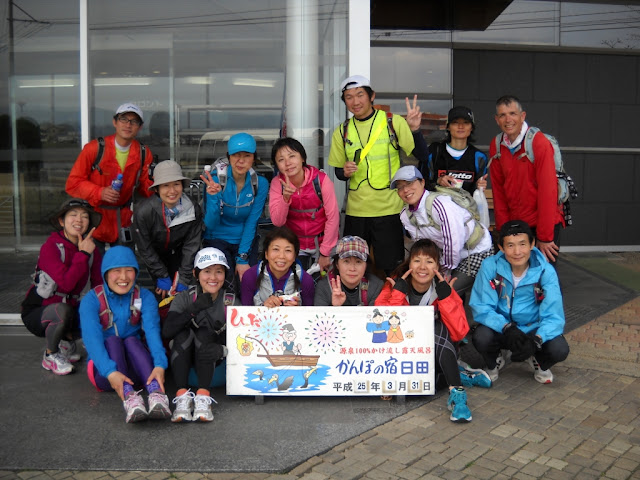 Thank you all,
it was a great honor to run with You.
Do your best @ Hagi Ultra.
But first ...let's take a bath...Who's smelly? 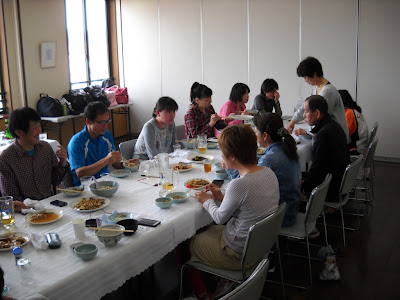 And after that Good Soak, it was time for a Feed-Up. 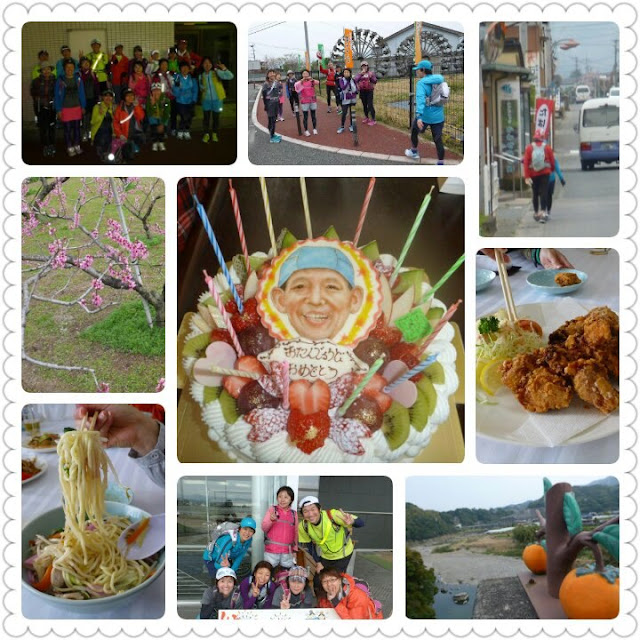 Thank you Yumi san.....
Again i like to borrow your great photo display... 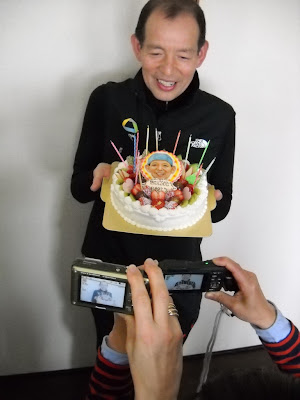 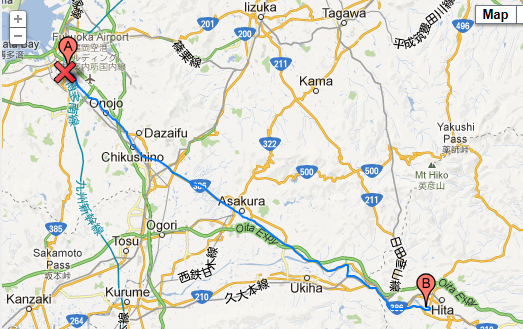 The Road to Hita.
62 Ks according to Kotake san's GPS.
Was it Crazy to Do?
No not at all, the slow pace, the scenery and the members made it a Fun Run indeed.

at 5:21 AM
Email ThisBlogThis!Share to TwitterShare to FacebookShare to Pinterest
Labels: april 2013